Aylesbury is a large town only a short drive from our local office and is a town we spend a lot of time in, handling everything from blocked drains, CCTV drain surveys, descaling urinals, gutter clearing and much more. Today we’re going to throw the spotlight on this town in keeping with our current series of focusing on our towns and cities in our area.

Aylesbury is a growing town and we have been pleased to work in this area for almost two decade now. Our local knowledge and extensive experience with blocked drains, CCTV drain surveys, gutters, gullies, and everything else drainage has served us well and we hope to continue serving the people of Aylesbury for many more years to come.

If you require the services of Metro Rod you can get in touch with us in a variety of ways; 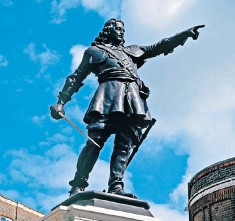 The next in our series of taking a closer look at the area we cover: Oxford   Known as the

Blocked drains and drainage problems in Bicester? Metro Rod will see you right!

As part of a new series, we take a closer look at the towns we spend so much time in

A New Look for our Vans Coming to Unblock Drains Near You!

Here at MetroRod Oxford we are delighted to debut our latest van with it’s brand new look!