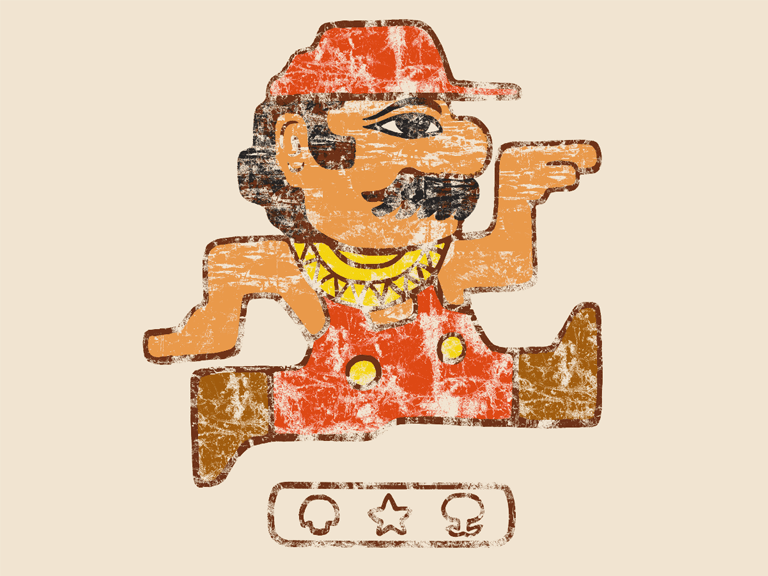 Easter,  we here at the office thought we should too.  So if you’re up for it, buckle in we’re about to take you on a stroll through history to the ancient worlds plumbing  and the creation of the first known sewer systems….

Let’s start at the beginning, because it tends to be a good place to start.

Right back to 4000BC Babylonia.  Babylonia (or Babylon as we know it now) is of course one of the most iconic places in the world! Thought to be one of the holiest places on earth Wars have been won and lost at its gates for thousands and thousands of years!

But did you know it was also the birth place of the first known storm water drain system.   Archaeologists discovered pipe-work complete with ‘Tee’ and angle joints. They are thought to be the first civilisation that were able to mould clay into pipes, with their drains constructed from sun-baked bricks and cut stone.  This simple system made them one of the most innovative ancient civilisations.

Moving on a few thousand years, I would like to bring you slightly closer to home and over to the Orkney Islands in 3200BC.  Home to the first lavatory, like plumbing system.  Recesses have been found in the walls, which it is assumed, is where the waste would have begun travelling through the ‘drainage system’. The system enabled certain liquid wastes to end up in designated areas, either under buildings or outside them, similar to our directional sewer systems now. 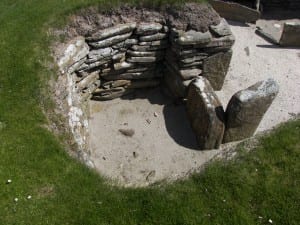 The community that created this design was only small with about 6 stone huts in total, the town eventually got abandoned though the reason for that is not known.  Though if you don’t get on with your neighbours the reasons for abandonment may become clear.

Travelling across the ocean now, to one of the three largest civilizations in ancient history; the Indus River Valley, India 3000BC.  These people developed systems well beyond their time.  Creating the first sanitation system, which nearly all citizens were connected to.  Drainage systems ran through the city and were covered, with access via stone manhole covers. Water came from the river, flowing into the wells and then used as needed through the sewer system which pushed the waste to either the cesspits or back into river.  Vertical drains were also found, it is presumed that these were part of their toilet facilities.  This severely advance community, are also thought to be the first creators of the public bath with evidence of a communal bath being found in one of the main cities Mohenjo-daro.

Veering over to the Grecian Island of Crete, in the Minoan era around 3000BC to 1000BC.  The Minoans (most recently famous for their prediction of the 2012 apocalypse).  They are the proud winners of the best systems of the ancient world until the Romans came about.

Throughout the original city, terra-cotta pipe work has been found to be part of a drainage system that included bell and spigot joints which were sealed with cement.  The actual pipe work design enabled siphoning to be possible which drew odour away from the latrines and through the pipe, this type of innovation was thousands of years before it’s time.   They developed an open top channelized system 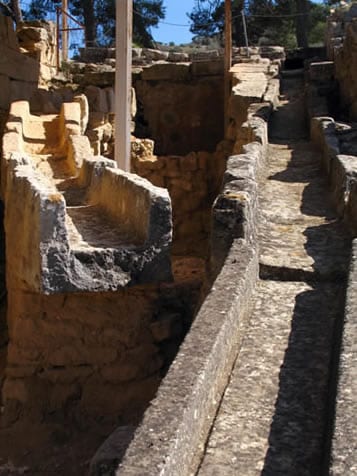 which directed the storm water into the sewers.

They realised quickly that water was necessary for more than just drinking and bathing and began to collect it in cisterns. This is how the first ‘flushing’ toilet is said to have been created. The waste was flushed by the cisterns that had been filled with the rain water, two conduits were also built into the wall to aid this process, allowing it to ‘flush’ the waste through the sewers.

This would be a good point, to also mention the availability of first floor toilets (not the flushing kind). Created using a clay pipe the waste would fall down the pipe into a subterranean sewer system where the main drainage system would flush it into a cesspit.  Some of their facilities still work today when put into practice.  These people were way beyond their time and just seem to have completely disappeared, no –one really knows where they went, or how they were destroyed.

Across the water now to Ancient Egypt 2500BC.  Now Ancient Egypt has a lot of speculation around it and their abilities.  The pyramids being a main one, with a lot of ‘people in the know’ stating that they wouldn’t have been possible to build in the small time frame they had to build them and with the lack of equipment at their disposal,  apparently we would struggle now, even with all of our fancy machines, However seeing as they are quite evidently there, evidently it was aliens… or maybe we have just grown into a world of bone idleness… who knows.

Getting back on point, the pyramids themselves are truly an impressive (possibly impossible) feet of engineering but did you know that they were also installed with working copper pipe work?  The ancient Egyptians were clearly far superior then other civilisations and did not wish to dabble in such basic materials as clay, so discovered metal.  Not only this but this pipe work was first discovered in a second chamber of the final resting place of one of the first leaders of Egypt.  The Egyptian pyramids generally had a ‘bathroom’ of sorts as they believed the dead needed access to these luxuries in the underworld.

It was not just the deceased that had access to their own private bathroom, so did the nobility.  Many of the other citizens had access to public bathhouses, which supposedly had access to running hot and cold water (though this is disputed) The Egyptians main source of water came from the Nile, irrigation systems have been found transporting this water from the Nile to the crops.

Over to mainland Greece now in 500-300BC where the first shower is invented!  Aqueducts and sewer systems pumped water into communal bathing areas both inside and outside, with the water falling down from the walls. 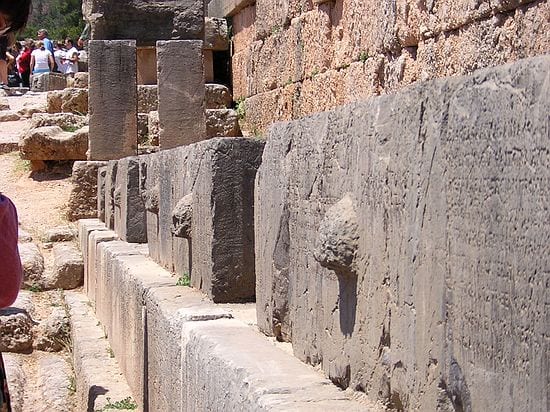 These showers would have been bitterly cold with the hot water designated for baths.  The Spartans used these cold showers as part of their battle preparation, believing that it was the best way to get their bodies ready for battle.

Plato, in one of his last chronicles, is also having said to have made the rule that hot baths should be reserved only for the elderly… How convenient for him.

Moving on to the big one now the Roman Empire, stretching across 800BC to 300AD the Romans began utilising lead for their pipe work (Slightly encouraging the eventual lead poisoning of alot of citizens… But these people fought lions with nets and poisoned each other regularly so i guess not too big of an issue.) These pipes transported water 25-30 miles at a minimum, the longest sewer system so far!  Aqueducts and underground sewer systems were mainly covered and due to the vastness 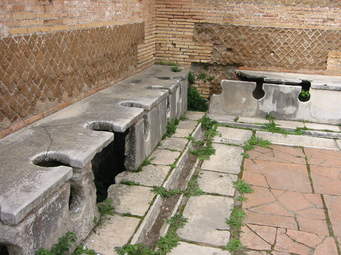 and innovation of them they did not need sewage pipes to run through every street.

Public latrines and bathhouses became common place and some homes, of the elite, were directly connected to the line allowing for running water and private bathrooms.  However their sewerage ‘rules’ were arguably less strict than previous civilisations. Possibly due to the quantity of people,  waste had a habit of piling up in cesspits with nowhere to go or ending up coming back through system and being re-used. (nice accompaniment to your morning coffee).

The Roman empire eventually fell in 410 when Germanic ‘barbarian tribes’ began invading and Visigothe King Alaric successfully sacked the city of Rome.   Though the eastern half the Byzantine Empire did continue for another Thousand Years.

Now unfortunately the Western World now crosses over to what is commonly known as the Dark ages.  With Romans chased off by the Barbarians Western civilisation became pretty uncivilised!  The Eastern world thrived, this era of time was called their golden age, an amazing time of science and innovation, Invasions and battles, such as the crusades were the source of this age’s demise. And we all know about the Cleopatra and Mark Anthony drama in ancient Egypt.

Fast forwarding to Germany 1455,  who are still known for their impressive engineering skills.  This is the birth place of the first known iron pipe! The Germans worked out that they were able to heat metal and mould it into a hollow pipe. So we’re making significant progress from the dark ages of digging holes in the ground.

Over to good old Britain and to the Elizabethan era.  Where John Harrington, the godson of Queen Liz herself, invented the first flushing toilet, which had a ‘modern’ feel.  He made a 2ft deep oval seat which was made waterproof with the use of resin  and wax.   Which was installed with cistern, requiring 7.5 gallons of water!!!  A working model was installed in the  Queens chamber in 1596, but it would take until the industrial revolution for a flushing toilet to really take off as something that could possibly be useful. 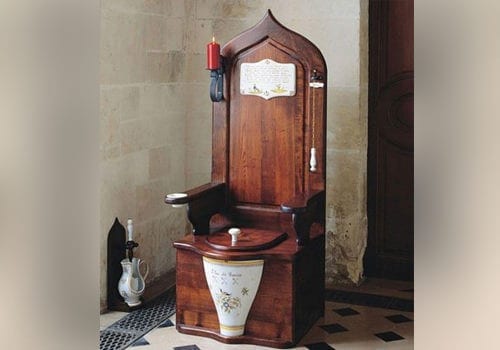 The 1600 brought about internal sewer systems, with castles having private lavatories, however most of these fed back into the main water source,  generally the moat surrounding the castle. Luckily crazy Saturdays with impromptu swimming wasn’t really a thing back then ,  well that we know of anyway.

In 1728 New York found it’s voice and after several complaints about open sewers the first underground sewer was made.   A short few years after this in 1830 New York fires began to become quite frequent and the need for  installing aqueducts to enable public access to water, was thought a bit more than necessary.  This would soon produce what we know as a ‘fire hydrant’

In 1848 over in the UK pipe work had been installed into buildings which conveyed sewage to the correct terminal for disposal  and  notional health act was passed,  this Health act was adopted by most countries as  the groundwork for  plumbing systems.

From that moment on sewage engineering took off and slowly brought us to where we are today.  With heaters being installed to warm water and laws coming into action to ensure sanitation and correct installation of all plumbing and drainage equipment, as well as training courses and regulations for engineers.