Blocked Toilet? Slow Draining Sink? Could This Be The Cause? | Metro Rod Liverpool

and because of this we are pretty good at fixing them!

What could be the cause though?

It is often thought that a blocked toilet could be caused by too much toilet paper being flushed down it.  This could happen, as toilet paper seems to be getting thicker (meant so that we use less of it but this doesn’t always happen!) but there are various other reasons that a toilet could block.  Rest assured though, whatever the cause of the problem, Metro Rod Liverpool can get to the bottom of it!

So, why could my toilet be blocking up?

There are many reasons, but the main ones are if something has been flushed down the loo that simply shouldn’t have been.  As Drain Experts, Metro Rod have literally seen it all!  We attended a property in Liverpool where a tenant had managed to flush beer cans and razors down the toilet and then get them stuck in the U-Bend 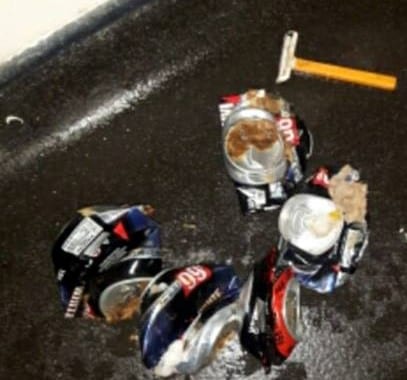 We, rather famously, found a whole pack of sausages in a main sewer (!) and often find toilet block holders that have ended up being flushed down drains somehow.  If you are a follower of our Facebook or Twitter pages however you may know about the trend that we have recently found in drains – Children’s toys!  Recently we have been to call outs around the Liverpool region where we have discovered that the source of the drain blockage is a toy that has somehow ended up in the toilet and been flushed away! 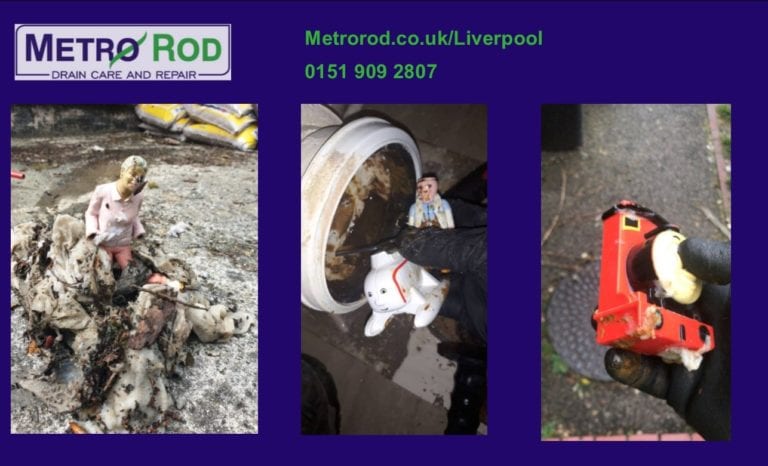 Steve Callaghan, Senior Drainage Engineer said “It’s always funny when you rescue a toy from a drain, the child in the house is usually thrilled to see their toy come back to them and the parent is unsurprisingly keen for the child not to have the toy back!”

There are, of course, other reasons that toilets could be becoming blocked or slow draining.

Usually, it is hoped that a toilet is blocked by an object that shouldn’t be down there, such as a toy or foreign object as above, or by something else that has been flushed such as sanitary ware, cotton wool, nappies, wipes and such, but sometimes it can be down to more serious matters.  These could include displacements in the pipework, roots infiltrating pipework externally, obstructions further down the line or even a drain collapse but do not worry, these are all problems that Metro Rod in Liverpool can help you with.

So, why would my sink be blocked or slow draining?

Similar to the toilet problems outlined above, if sinks have anything other than water flushed down them then they can become clogged, as they are only designed for water and cleaning fluids to be washed down them.  Bathroom sinks often get hair washed down them, as well as dental floss, cotton wool and so on, all things that do not belong in the sink trap.  In this instance a plunger could be a really useful tool for you to use, but if this doesn’t clear it you may need to call Metro Rod to check your pipes. 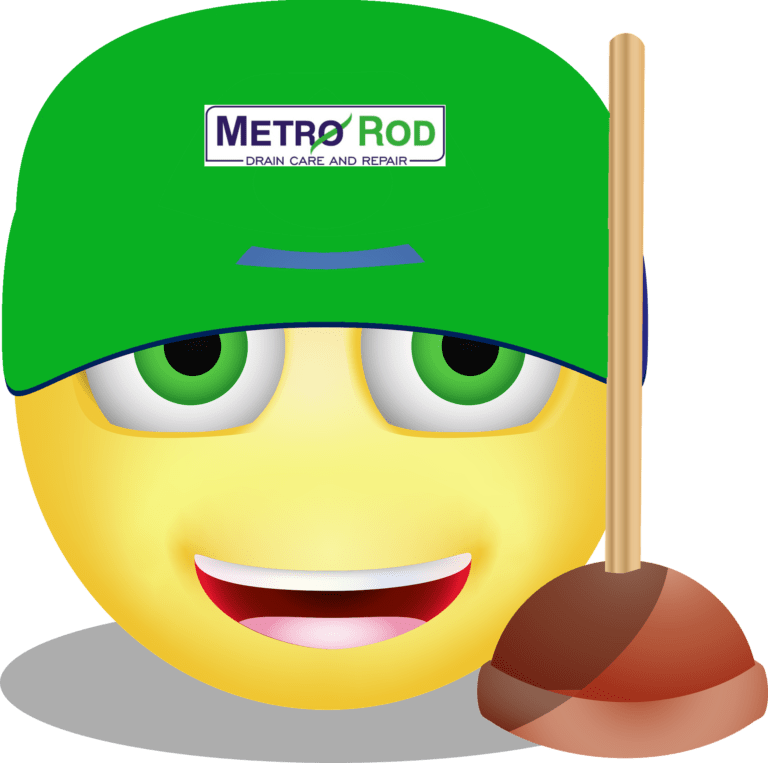 If you need us here at Metro Rod we would love to hear from you! Please call us on 0151 909 2807, email us on [email protected] or take a look at our website, www.metrorod.co.uk/Liverpool

West Essex Metro Rod 24 Hour Drainage And Plumbing Service! Gutter Cleaning Our Jacob Has Been With Us For A Year. DRAIN REPAIRS – ARE YOU RESPONSIBLE FOR THEM? Winners! Drains unblocked, Gutters uncluttered for Slough
Top