Craig joined Metro Rod Newport and Hereford in 2012. As a bright and young 22-year-old, Craig initially joined the business as a drainage engineer and soon after swapped a drain rod for a keyboard and began answering phones and scheduling jobs. Over the last 10 years, his roles and responsibilities have evolved along with the demands of the business. As the Office Manager, Craig is one of the most important people in the company, he oversees all operational aspects of the business which includes, scheduling, quoting, site visits, and staff training.

For his 10-year anniversary, Craig has written about what it’s been like working here for the last 10 years 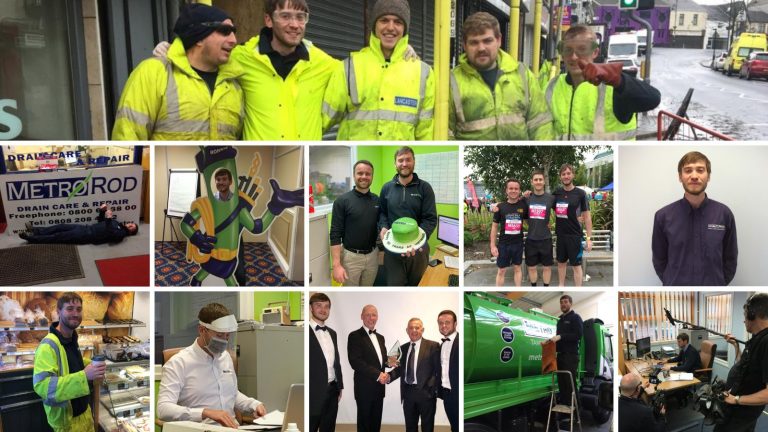 From Boy to Man

My time at Metro Rod has been incredible on both a personal and professional level. Working at a company for 10 years and hitting a major milestone isn’t something that is seen much in this day and age. But sharing this big achievement with my colleagues really does show how far both Metro Rod and I have come in these 10 years.

When I first started at Metro Rod, there were only 5 members of staff, 2 vans, and a shared tanker. The 5 of us covered the whole of Newport and Hereford while being based in Ebbw Vale, not far from where we are now. Metro Rod is one of the most important relationships I’ve had, where I’ve not only furthered my professional abilities but my knowledge as well. I’m still learning 10 years on, with the advances in the industry and training new staff, this job has been the making of me. As a locally owned business, we are unrecognisable. I have worked throughout my time here to contribute to this growth as much as possible.

On a personal level, 10 years have passed in a blink of an eye. I have done so much in these last few years, including:

I have spent almost a 3rd of my life at Metro Rod because I believe in it. I am so lucky because it offers the perfect fit for my life, making it the right company for me. It’s been a wonderful journey and a privilege to share my experience and I am already looking forward to writing the article, following my 20-year anniversary.