Do your bit for the environment and stop wasting water with Metro Rod Hull, Lincoln & Peterbroough

Water wastage is a global issue.  We have a split dynamic across the globe, of countries who are blessed with water on tap and those who struggle to find enough to drink.  This is a problem that has been ongoing for centuries and it is a harsh reality that we all forget.   Water wastage is an ongoing and ever increasing issue in built up countries such as the UK and US,  wasting water unnecessarily puts wildlife, agriculture and the planet as a whole at risk.   Find out more about the problem with wasting water here.

Lets look at the facts within the UK.  We are a small nation though well developed and increasingly privileged compared to many others.  We have constant access to water of all kinds and we use it without thought of the consequences because it is so readily available.  though we all like to think that we conserve water and are aware,  we could all do more!  Lets break it down on average: 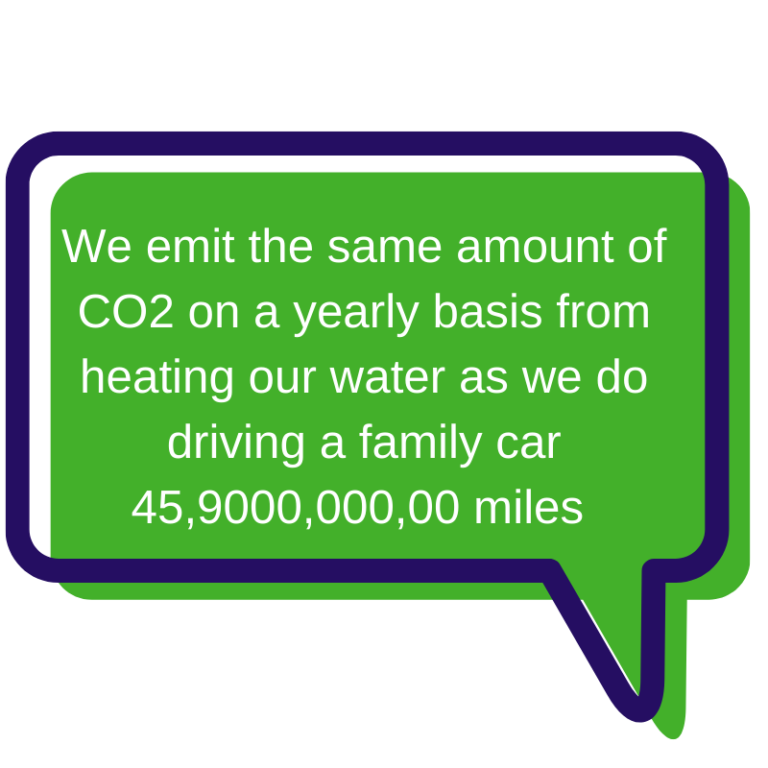 As stated the bathroom is responsible for 68% of our water usage.  with 25% of our entire water usage coming from the shower, followed closely by the toilet at 22%.   On average a toilet flush uses 7.5L of water with the average household flushing the toilet 4,600 times a year, that means per household we flush away 28,00L of water per year (that’s 350 baths) that means across the UK  76,000,000,000L of water is flushed per year.  Flushing the toilet is a necessity,  there’s no way around it however there are ways to make toilets more efficient and use less water.    Currently 42% of homes have toilets that were manufactured before 2001-  which means 42% of homes toilets are using far more water per flush than necessary.  there are options however!

Having a dual flush can save a person around 7,000 Litres of water per year.  Across the whole of the UK it is estimated that 48% of households are in need of improvement.   If this is something you wish to discuss, we can help, get in touch! 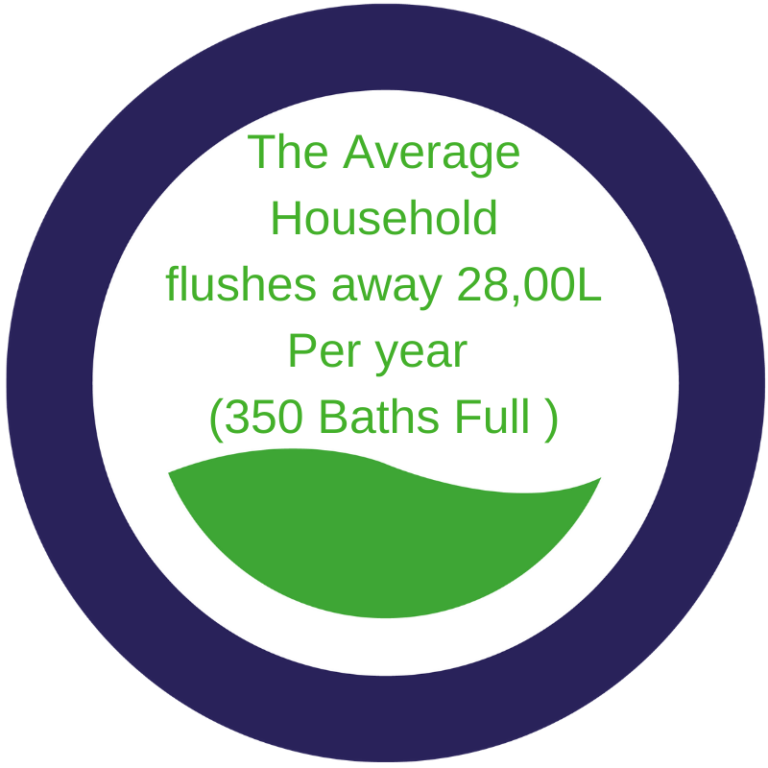 The shower is the most popular form of bathing in the UK.  With our hectic schedules, it far out weighs the bath.  Each person in the UK showers away an average of 2 billion litres per year, with the average person having 4.4 showers per week and as the general preference is hot showers this is an even larger contributor to that ridiculously large CO2 figure.  So what can we do?

The Kitchen is responsible for 22% of a households water usage, with many of our daily necessary appliance being in there.  It is where we get our food and water, wash up and wash our clothes.  All of this has an effect.  Washing up for instance!  Most people on average wash up by hand,  and though this means less electricity being used, with the technological advances washing by hand cannot be compared to a dishwasher, with them on average, using less water, less energy, less soap and providing less CO2 emissions then washing up by hand!  which will be brilliant news for everyone who has been begging for a dishwasher since they were in their teens!  This is however providing that the dishwasher is full to the max before it is started, therefore not requiring multiple unnecessary cycles to be done.

While on the subject of washing, the next issue falls with washing machines! on average we use our washing machines 4.7 times a week per household with each wash (providing the washing machine is modern) using on average 50 litres of water. So at the end of a week across the UK we have used 6,345,000,000 on washing our clothes. A study was conducted and the results show that despite the recommended setting being 30 for household washes, only a mere 24% of the population opt for this setting, with 70% opting for 40 and 6%  sticking to 60.  Washing machines pose their on threat to the environment with the chemicals in the different detergents, coupled with the water wastage and the energy used to make it all work.  so what can we do?

The kettle!  Now we are known as a country for our love of tea, with the average Brit drinking 876 cups of tea a year!  that can fill two bath tubs! seriously as a nation we need help and a support group, but moving on.  With the amount of tea and coffee we drink and the general need for boiling water, statistically a household will boil their kettle 24 times every week. This doesn’t take into account the time when we are at work and with 40% of the population boiling their kettle more that 5 times in a day.

So we are all addicted to tea or coffee, this isn’t new information and the bonus of this is that we are having this at home and not buying coffee elsewhere using disposable plastic cups so what is the problem?  While this is good, it does bring to light that 3 out of 4 people boil the kettle for more than what is required.  Kettles are quite large so if you are the only one having a drink yet boiling a whole kettle of water, the energy and water wasted is unnecessary.  An immense 32 million litres of water every day are boiled in the UK to just go cold again and as we are all sticklers for a good brew we all know it wont be re-used but go down the sink.  what do we do then?

The great British outdoors! there is nothing better than getting the paddling pool out on a hot summers day with a BBQ and everyone round.  This year we have had some major ups and downs throughout the summer months.  With the week that mirrored monsoon season and the sporadic heatwaves it has really been anyone’s guess and mother nature has done well at confusing the weather reporters!  On average 10% of our water usage is done outside, which is the smallest amount and with it being outdoors the heating of water isn’t usually a problem. however water wastage is!  Throughout the summer months we use an increased level of water outside.  Sprinklers alone use around 1,000 litres of water per hour, so as much fun as they are and how ever good they make our gardens look being mindful of the length of time they are on for is essential.

In the UK we wash our cars on average once a month, washing your car uses between 100 and 300 litres of water a time.  22% of people who was their cars at home have said they use a hose rather then a bucket which just increases the amount of unnecessary water used.  That soapy, contaminated water then gets washed down the drains, which is far less than ideal.  What should we do then?

Last but not least I want to draw your attention to water butts!  These simple but effective devices are not given enough credit, their purpose is to collect rain water so it can be re-used.  60% of people have these at their disposal yet only 42% of them use them!  By utilising these we are stopping the need for using the hose to water the plants, recycling water at it’s best! 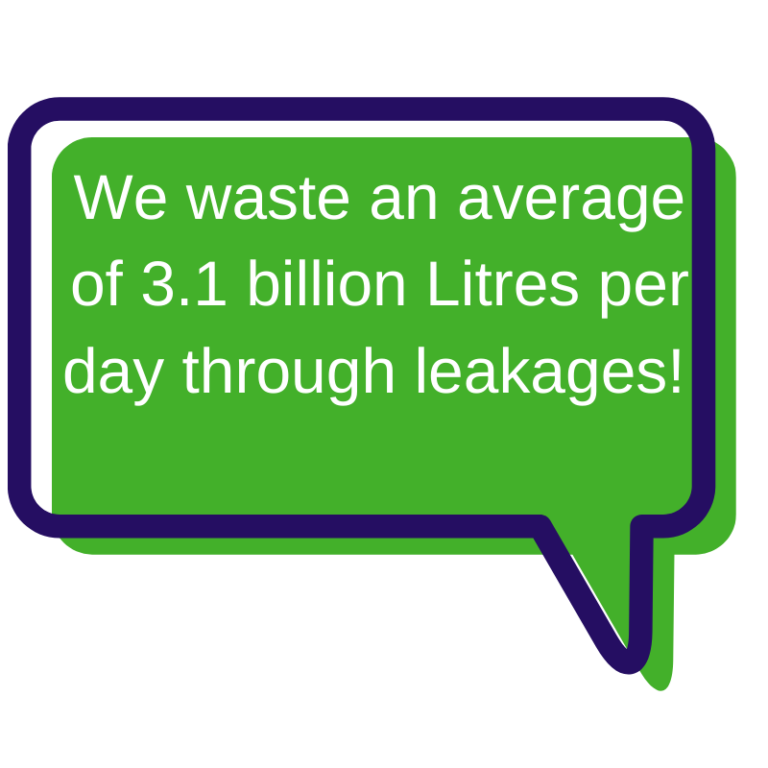 Leaks are a common occurrence and something that we deal with on a daily basis!   Most of the leaks we come across have been slowly seeping for months unnoticed and only come to light when an extortionate water bill comes through door.  Whether that be a leak underground or a slowly dripping tap.  In the UK we lose an average of 3.1 Billion litres of water per day through leakages!  That’s a lot of large water bills! But what should you do?

So to sum up we are using too much water and we can do something about it without becoming destitute!

How could Pre-Planned Maintenance benefit you? DRAIN CARE DURING THE COLD WINTER – METRO ROD YORK DO YOU KNOW WHO IS RESPONSIBLE FOR DRAIN REPAIRS? Our Services Explained #19, Frequently Asked Questions PROBLEMS FOR YOUR DRAINS OVER SUMMER – METRO ROD BOURNEMOUTH SANIFLO AND MACERATOR TOILETS, SINKS AND SHOWER MAINTENANCE
Top