Ethan is a Drainage Engineer Apprentice at Metro Rod North East. He is halfway through his two-year apprenticeship so he has a solid understanding of his role and where his future lies at Metro Rod.

Ethan, how did you get into your Metro Rod apprenticeship?

I initially applied for a job at the franchise as a General Assistant and the team at the North East depot suggested that I’d be an ideal candidate for the apprenticeship scheme. They explained how I could learn more on the job and end up with a qualification whilst also earning a wage.

What were you doing before this apprenticeship?

Before my apprenticeship, I was working in a factory picking and packing parts.

Why did you choose a career in drainage?

I thought the drainage industry sounded interesting, hence I originally applied to work at Metro Rod. However, the apprentice has allowed me to be hands-on straight away and really learn what it is all about!

So why did you choose Metro Rod?

The most important thing for me was having a varied job that allowed me to do something different and go to different places every day.

What does your general day-to-day job entail?

Like I said, every day is different. One day I might be with the tanker assisting and clearing road gullies and the next I could be assisting an engineer on no-dig structural repairs! You certainly learn a lot!

What’s the best thing about your apprenticeship?

I enjoy the variety of different tasks that this job allows me to do every day. I work with different engineers all around the North East doing a range of jobs so feel that I am learning a great deal of the best in the industry and earning a wage at the same time.

Where do you see yourself in five years?

Do you want to learn from the best within the industry whilst earning a wage at the same time? Contact [email protected]. 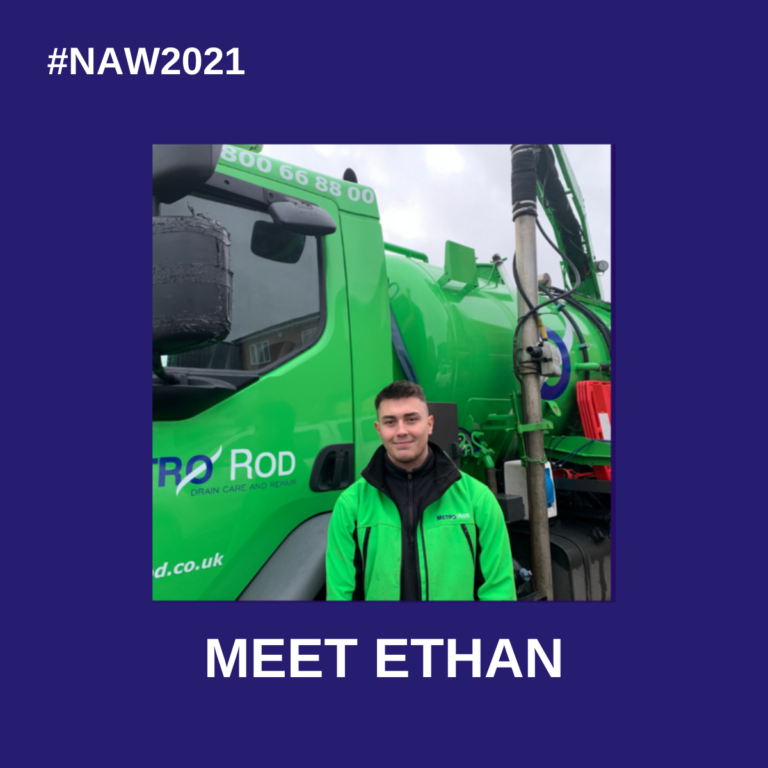 METRO ROD BEDFORD SUPPORTS WORLD ENVIRONMENT DAY LIKE A SCENE OUT OF GHOSTBUSTERS – METRO ROD SWANSEA Drain issue in Swindon ? Metro Rod will find the root cause Drain care for London you can trust and rely on Time to Clear Your Gutters Before Winter. Metro Rod 24/7. WE LOVE A GOOD RECOMMENDATION HERE IN SWANSEA