At Metro Rod Mid Wales and Shropshire we have had a busy few months on the Drainage front. In April we received a call to respond to a large Drainage issue at Shrewsbury’s Nuffield hospital. The pumping station for the hospital had seized working and the pumping room had backfilled with raw sewage. This filled the pump room and covered the Pumps. The Vacuum Tanker was required to remove all the excess waste and to ensure its clean afterwards. The following week we attended the site every day pumping raw sewage out. Whilst working along side Pump specialists who were trying to work out what was causing the problem.

The Pump engineers struggled to find why the Pumps had faulted. The engineers felt the Pumps were in good working order. Each morning we received a call asking us to reattend. We were then asked to cleanse the pipe work leading away from the pumping station. And to try and find a blockage that the pump engineers thought would be the problem. We attended with a Drainage van pack and proceeded to high water pressure jet multiple lines to the boundaries where it becomes a local water board issue. During the time we spent Jetting no major blockages were found.

During this process we had to use confined space entries with our Qualified engineers into deep manholes. Our engineers were looking for any pipes or blockages with the Drainage system that might of been missed originally. Again no issues were found which became frustrating for some involved. This trend followed on for the next couple of weeks whilst Pumps were removed and replaced our Tanker returned nearly everyday. The problem was diverted to the local water board who in turn returned it back to the pump engineers who sent it on again. This went on for nearly 2 months until the issue was resolved and eventually new Pumps and the local water board fixing an issue further downstream.

Eventually this helped the Nuffield Hospital get normal service resumed. There was a lovely gesture from the management of the Nuffield. Who sent us a lovely card with a nice message which read “To Adrian and the team, Thank you so much for all the help and support you gave us when we needed it the most. It was very much appreciated”.

This is a testament to our engineers to receive a lovely thank you card. 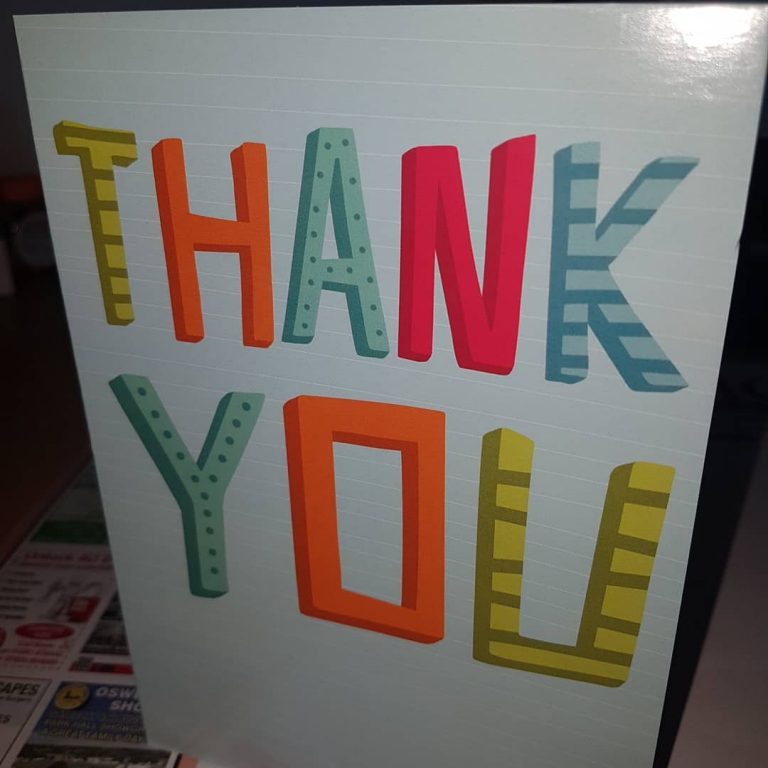