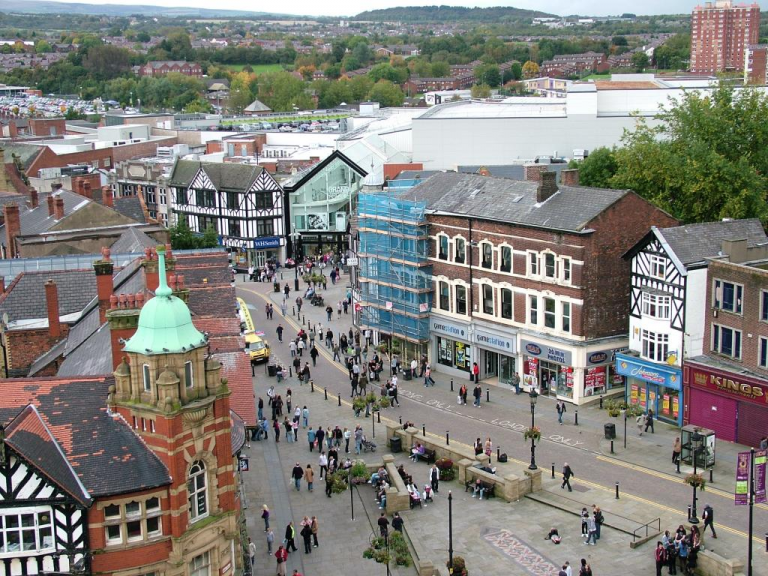 Wigan is one of the four oldest boroughs in Lancashire, with a population of around 320,000 it was once the centre of the Lancashire’s coalfield. Wigan is situated in Greater Manchester 8 miles from Bolton and 16 miles from North Manchester.

The Verve, whose split was announced recently became Wigan’s most famous musical export since … George Formby! The band were all from the Wigan area and met while at Winstanley College, a sixth form centre on the outskirts of town.

In the 60s and 70s Wigan Casino was the home of Northern Soul attracting people from all over the North West to its famous all-night discos.

Wigan is famous for being the home for Heinz and Uncle Joes Mint Balls as well as having an excellent reputation for its Rugby. Home of Wigan Warriors, Metro Rod Wigan supports its home town by sponsoring Dan Sarginson and under 19s player Nathan Wilde. The DW stadium is the ground where Wigan Warriors and Wigan Athletic play, this is a serviced site by Metro Rod Wigan who offer a 24/7 reactive drainage service to the stadium.

Email us on [email protected]