Pitch Fibre drainpipes can be much more trouble than they’re worth. Once you know you have pitch fibre drainpipes it’s important to determine the condition of the pipes and make decisions for the future of your drainage to ward off any drainage problems.

What are Pitch Fibre drainpipes?

Pitch fibre drainpipes are made of wood cellulose/fibre impregnated with coal tar. Often these have also had varying amounts of asbestos added to the material, which was used to add extra strength to the pipes. While these pipes were initially considered to be incredibly advanced, it turns out that there some very specific problems that pitch fibre drainpipes can suffer from.

The drawbacks of Pitch Fibre drainpipes

For one thing we have learned that these drain pipes have a general working life of around 40 years. This means that even the last pipes laid in the 1970s are exceeding their projected lifetime. Furthermore, as lifestyles have changed throughout the past 70 plus years these drains have been subjected to greater volumes of hot water, fat, oils and grease than was perhaps expected back in the 1940s. Fat, oils and grease are a bad idea for any drain, for pitch fibre drainpipes they can be incredibly problematic. These, along with repeat quantities of hot water, can soften the tar and cause delaminations in the form of bubbles in the fibre. Weakening the material means that the pipes can deform underground and eventually, if left untreated, collapse.

What can you do?

First things first, if you suspect you have pitch fibre drainpipes or if you are having drainage problems we will conduct a CCTV drain survey on the pipework. The pitch fibre is identifiable due to its coal black colour and when it’s plagued with delaminations it can break apart and even bow. Even the bubbles are clear identifiers of pitch fibre as these cannot occur in clay or plastic UPVC drainpipes.

Once identified there are two tried and tested courses of action depending on a variety of factors.

If you require the services of Metro Rod you can get in touch with us in a variety of ways;

WHAT ARE YOUR DRAIN REPAIR OPTIONS? – METRO ROD COVENTRY As long as its liquid it can be flushed right? METRO ROD DORSET & PORTSMOUTH CONTINUE TO EXPAND TEAM AT HOME TOILET UNBLOCKING – METRO ROD BRISTOL Metro Rod are now using the iTouch System of CCTV reporting Rid yourself of F.O.G 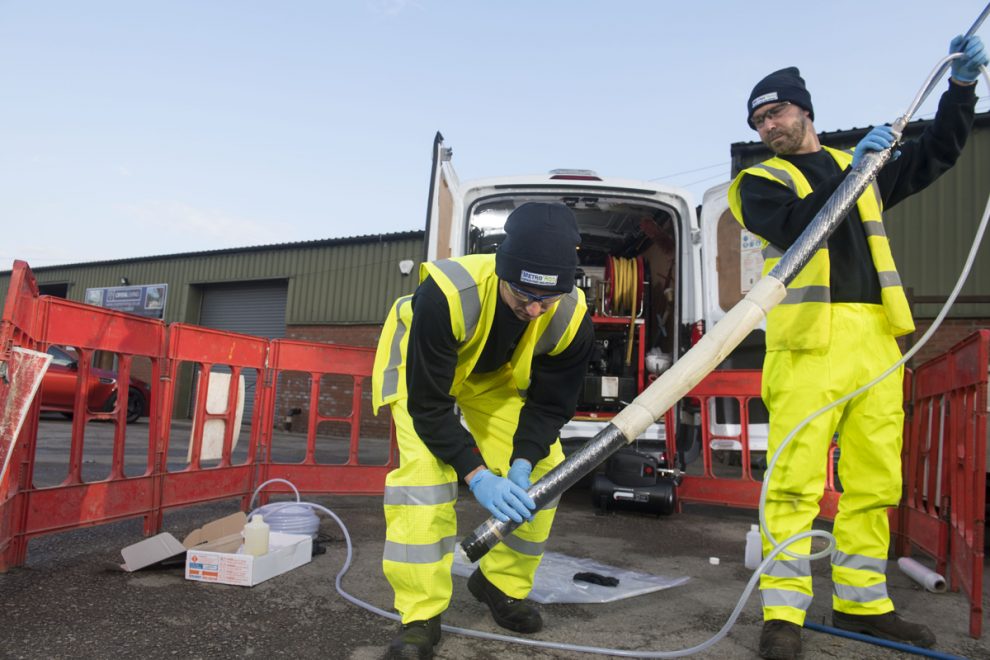 Out of sight, out of mind. That’s the way most of us tend to think of our drainage, unless it

A quick reference guide for you!

Blocked Drains, FOG and the Law

A lot of effort goes into running a commercial kitchen efficiently and successfully, whether that be at a busy restaurant,

Unblocking Drains With Chemicals; How to Clear Blocked Drains Safely

Blocked drains happen. We can reduce the amount of blockages that occur by treating our drains with due care and