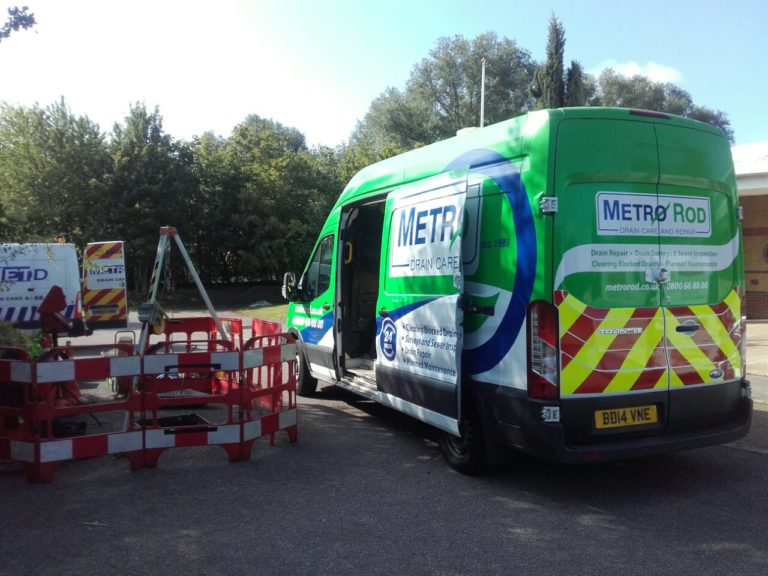 Drain care and meteorology  may seem to have little in common at first thought but at Metro Rod Swindon we often find that drainage problems can be highlighted by certain weather conditions, for example :

Other than it making driving around Wiltshire, Berkshire and the Thames Valley region more challenging for our team of drainage engineers though it’s perhaps difficult to see why fog would make any difference to us …..but it does !

That’s because n Metro Rod Swindon’s world of drain care and repair “FOG” has a quite different meaning, being short for

which inevitably enters the drainage system wherever food is regularly prepared. In Swindon , and other towns across the Thames Valley such as Reading, Maidenhead, Slough, Windsor, Marlow, Henley, Newbury and Marlborough  there are hundreds of such establishments such as

and many other public buildings with catering facilities.

Over time, unless drains are maintained FOG will accumulate inside drain pipes and, in extreme cases, even cause giant “fat bergs” . Click here for a link to Thames Water information about fatbergs and the major problems they can cause.

As the Thames Water article states “Cooking oils and fats need to be left to cool and solidify before being disposed of in the bin, instead of putting them down the drain. If in doubt, remember to bin it – don’t block it”.

Fortunately there are also grease management systems and grease traps designed to intercept FOG and solids before they enter your wastewater system and cause blocked drains. Swindon and Thames Valley restaurants and catering establishments where grease is an inevitable by-product must conform to legal requirements for grease management.

A grease trap tank such as the one in this image acts as a reservoir holding wastewater and food solids that enter the trap from site kitchen sinks. 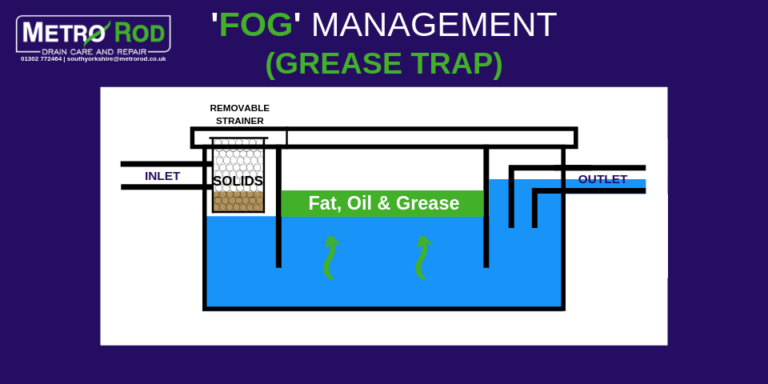 An effective grease trap will need emptying and Metro Rod Swindon’s vacuum tankers are ideally placed to carry out this essential maintenance work.

If you take a bucket of water and pour in some FOG, the FOG will float to the top of the bucket and harden. A grease trap functions in the same way with the FOG filling a grease trap from the top of the tank to the bottom. The FOG fills the grease trap from top down gradually displacing the wastewater from the middle of the grease trap and out into the sewer system. In-ground grease interceptors work in the same method but on a larger scale and our vacuum tanker service is deployed to empty these installations at many Swindon area and Thames Valley sites.

Do you need to install a grease trap ?

Contact Metro Rod Swindon using any of the following methods for a safe, professional and reliable service day or night :

Email us at [email protected]trorod.co.uk

Connect with Andrew, our Managing Director on LinkedIn