Metro Rod Northampton want to get in the Halloween spirit and let you know about some of the more scary and strange things that have been found in drains. 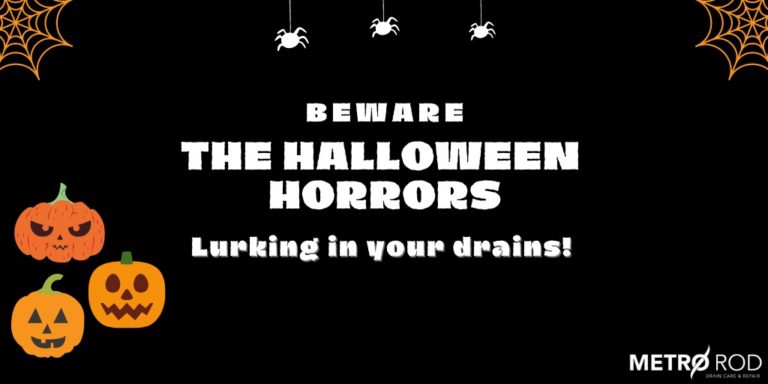 We deal with blocked drains nearly everyday, so we have become quite accustomed to what we might find down there, but what about the rare occasions when we stumble across scary and strange objects in our drains. Here are some of our favourite reports of the weird and wonderful things that have been found in the past.

Fatbergs are pretty common causes of a blocked drain in most homes, but did you know they can grow to as big as two double decker buses? In 2017, London, a fatberg was found to be 250 metres long, weighing as much as 19 African elephants, rotting away in the sewers. Under the city, hard-to-flush items such as wet wipes, nappies had become stuck and solidified into one great big mass that was blocking the sewers. Coming across a fatberg this big is not something for those with a weak stomach.

In Shropshire, Severn Trent Water were sent to investigate reports of a strange fishy smell coming from the sewers. They found a number of large of Piranha fish in the drains after a resident had been flushing the fish away. Piranhas are a strange fish to keep as a pet and not the kind of thing that is normally found in drains, it was made even more surprising by the fact the fish measured about 10 inches long which would have made them hard to flush.

Newcastle 2017, a secret rave was held down the in the cities drains. Around 200 people walked through the sewers, waste and all, to reach the rave that had been all set up with speakers and lights.

In 2009, a video of a pink, pulsating mass in a North Carolina sewer went viral, with people believing that it was some sort of alien monster. Luckily it was later identified to be a colony of Tubifex Worms, that had somehow made their home in the sewers.

Metro Rod Northampton offer services across Northampton and the surrounding areas. Dealing with blocked drains, drain repair, CCTV surveys and septic tank maintenance. We believe in simple things and make sure we follow them through; available 24/7, professional, value for money service during and after the job and peace of mind in the fact that all our engineers are highly trained, DBS checked and fully insured.

For any drainage needs, we are the drainage experts. We look forward to hearing from you soon!

Friday Fun Facts. Pitch Fibre Pipes Are your drains coping with the rain? Introducing Our New Camera Operators for our Animal Division! SEPTIC TANK SERVICES SWANSEA, NEATH AND LLANELLI What to do with a burst/leaking pipe
Top