Blocked drains, blocked sink, blocked toilet, or flooding issues can cause significant inconvenience to education premises, and in worst case scenarios, can lead to the temporary closure. The education sector is a large part of what we do here at Metro Rod West Yorkshire. Whether it’s emergency reactive work on blocked drains, pre-planned maintenance or plumbing services. If you’re a Facilities, Operations or Estate Manager for any education institutions across West Yorkshire give us a call as we are your local drainage company with 30 years expertise in unblocking blocked drains, drain repair, PPM and CCTV surveys. 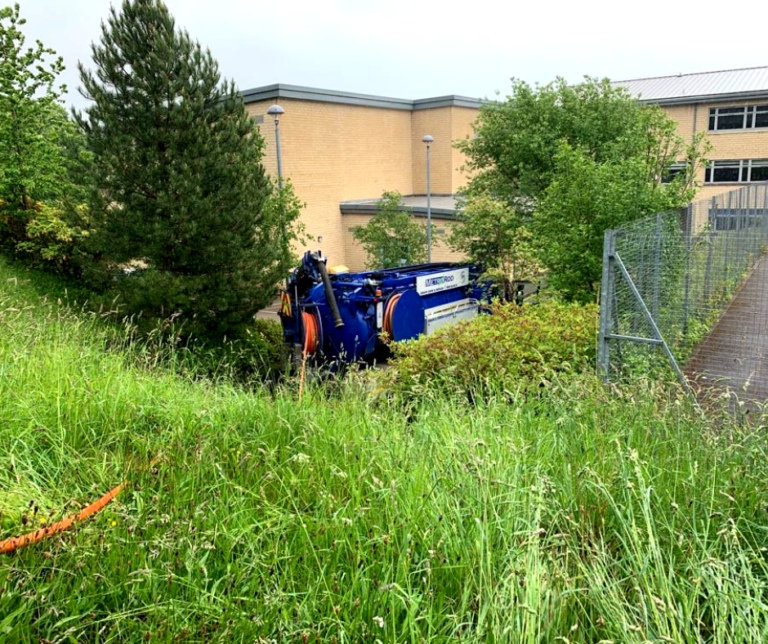 After the phone call regarding the flooded tennis courts, one of our engineers went to the site to look at the site, evaluate and report back to the office. The engineer was able to report to the Metro Rod West Yorkshire team that the flooded tennis courts were due to blocked drains overflowing and running down the banking. Due to the logistical position of the blocked drains, it was not accessible by usual conventional methods.

From the report of the first engineer, a plan was put together by Metro Rod West Yorkshires tanker driver and managing director Dave Carter. Dave has worked in the drainage industry for over 25 years. His experience, drive and commitment allow Dave to professionally and efficiently tackle any drainage and plumbing problems. The plan was put forward to the facilities management company who confirmed the works. 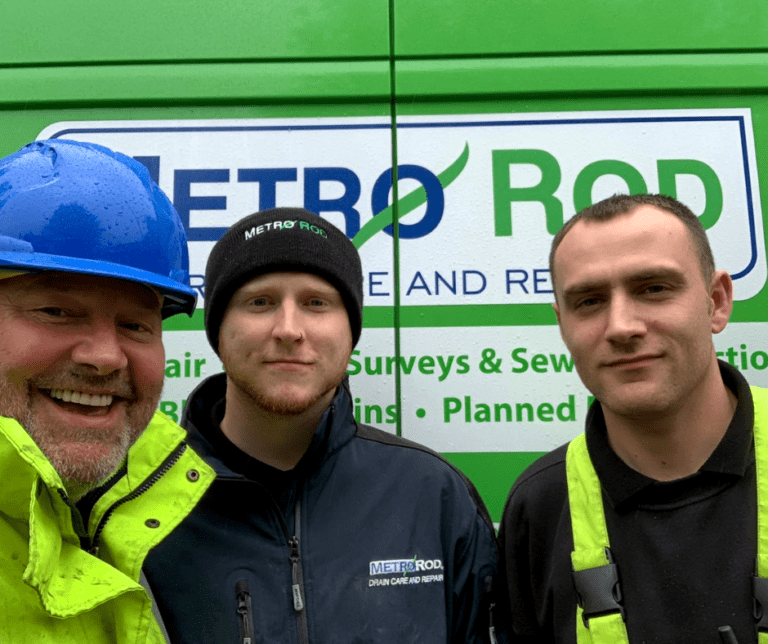 Dave and our tanker driver returned to site with Metro Rod West Yorkshires high volume Jet Vac tanker and hired Jetchem remote reel to jet the blocked drains, remove the roots and soil deposits. The remote was rented from Jetchem. Designed for superb performance in a very compact package, delivering high quality combined with high performance and ability to cope with the most demanding of tasks, efficiently and reliably. 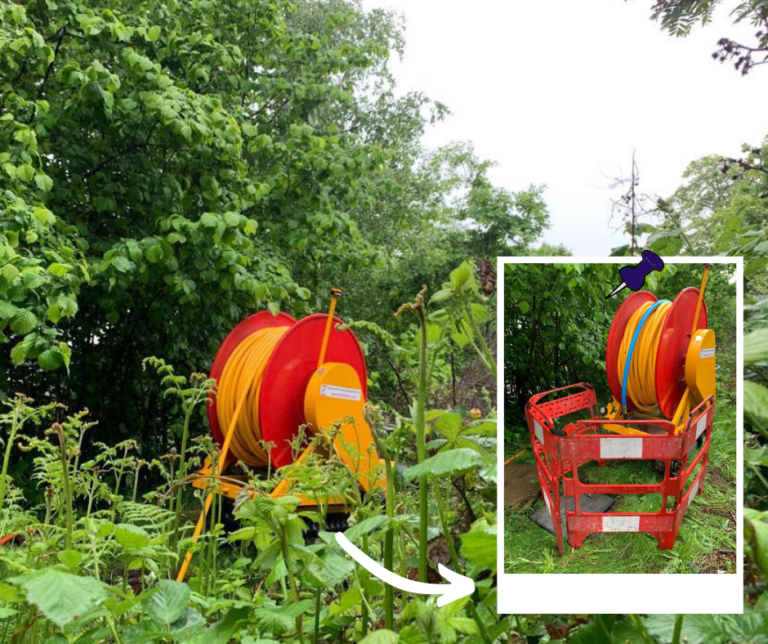 Here’s a previous testimonial from the Assistant Facilities Manager:

“Metro Rod West Yorkshire team are fantastic! Extremely helpful and understand the needs of our contract. The office team are friendly and approachable, willing to assist wherever possible. We recently had a collapsed drain which was promptly attended, surveyed and further works suggested. Works were carried out at a time to suit us and to ensure there was no disruption to our clients and site. The works were undertaken by 2 friendly and informative operative who discussed the issues as the excavation took place. We felt very confident that the work undertaken was done to a high standard and in our best interest. Cost effective and rapidly resolved the issue. Highly recommend them!”

The best way for schools to ensure their drainage systems are running at peak capacity is to keep on top of regularly maintaining the drains’ cleanliness.

A PPM agreement will help to prevent blocked drains emergencies from occurring.

If you’d like more information on blocked drains, and you’re in the West Yorkshire area, visit the Metro Rod West Yorkshire page to get in touch with our friendly team.