Metro Rod working in your area!

History of Wigan
Wigan is a town in Greater Manchester, England, on the River Douglas, 10 miles south-west of Bolton, 12 miles north of Warrington and 17 miles west-northwest of Manchester. Wigan is the largest settlement in the Metropolitan Borough of Wigan and is its administrative centre. The town has a population of 103,608, whilst the wider borough has a population of 318,100.

Wigan is most famous for the Wigan Pier Once a musical hall joke, has been restored as one of the UK’s top heritage attractions, winning 15 national tourism awards for its portrait of local life at the turn of the century. Famous Wigan food products include Heinz baked beans, Pataks Indian foods, Potters herbal remedies, Uncle Joe’s Mint Balls, and De Roma ice cream. Wigan Rugby League FC are the UK’s top club side. In 1990/91 they won all the major trophies, and hold the record for the number of successive cup and league wins.
Wigan Athletic’s multi-millionaire chairman Dave Whelan, the boss of JJB Sports, whose phenomenally successful chain of sportswear stores is one of the UK’s retailing success stories.

If you have a home or business and need our help we are your leading drainage experts and available 24/7. 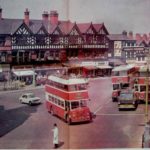 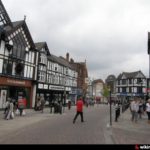